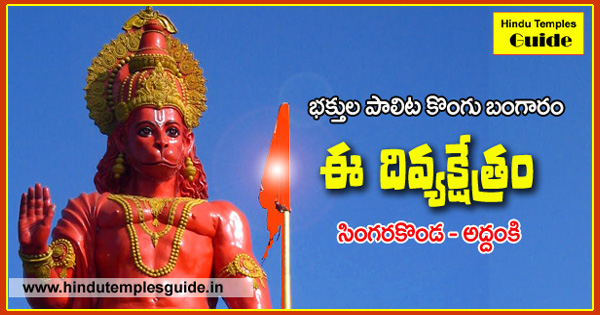 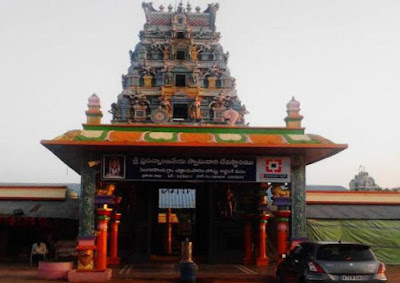 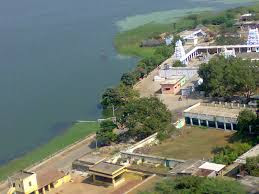 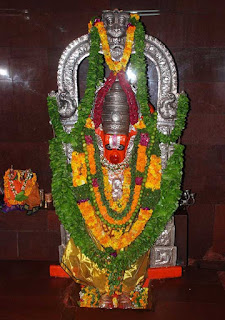 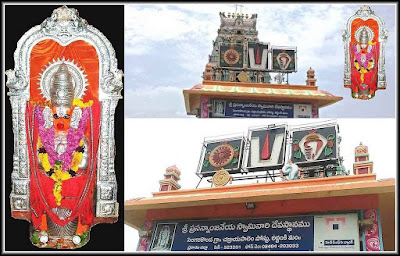 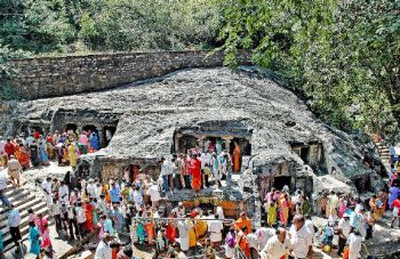 According to the history Sri Lakshminarasimha Swamy temple which is there on Singarakonda hill was built in 14th century, during the regime of King Devarayalu. There is an evidence of Sila Sashan written on the Garuda Stambham says that this temple was built during the year 1443-44. The following are the strong beliefs.

During the 14th century, Singanna a devotee of Lakshminarasimha Swamy used to live in a village near by the hill. His daughter named Narsamma used to take their cows for gazing on the hill. They observed that one of the cows was not giving milk for several days. To find out the reason, Singanna followed the cow secretly and observed that the cow went to a rock on the hill and stood. A boy came out of the rock and sucks the milk from the cow and disappeared. Singanna felt that his beloved God Sri Lakshminarasimha Swamy only came as a boy and took the milk from the cow. Singanna built the Sri Lakshminarasimha Swamy temple on the hill with this belief. Later on people started calling this hill as Singarakonda.

Around 210 years ago (end of 17th century), during the inauguration of Dwaja Stambham in the premises of Sri Lakshminarasimha Swamy temple, thousands of devotees were witnessed that a Yogi installed Sri Prasannanjaneya Swamy idol at Bhavanasi tank below the Singarakonda hill and disappeared. The devotees started praying Sri Prasannanjaneya Swamy at Singarakonda.
Near By Famous Temples:

Transport
By Road:
Nearest Bus station is Addanki, Buses from Hyderabad, Vijayawada, Ongole to Addanki are available.
By Train:
Nearest Railway station is Ongole. All express and Passenger trains passing from Ongole will halt in this station.
By Air:
Nearest Airport is Vijayawada International Airport at Gannavaram with a distance of 110 Km.